The Doctor has had plenty of companions. A boat load of them, if you count all the people who were more helpful than not, even if they weren’t traveling companions, and even if they were really just there because they were, if you will, the heart of the problem. Anyway. There have been a lot of people hanging around with the Doctor over the years. And, on the whole, they’ve done at least as much good for the Doctor as he’s done for them. On a narrative-what’s-this-character-doing level, we viewers need the companions because they give us a way to see the Doctor, and they give the writers a way to put the Doctor in relief against the world he inhabits. Without companions, who are by-and-large just people like you and me, we can’t get even a tiny bit of scale about why the Doctor is as amazing as he is.

And most companions show up, ride around for a while, and then leave. Some go home, others go on to additional adventures of their own in a larger realm. For instance, Sarah Jane Smith essentially goes home (for a long time, anyway–she gets her own adventures back on Earth eventually). On the other hand, there’s Leela, who goes from galactic backwater savagery to living on Gallifrey, for crying out loud. Then there’s Rose Tyler.

Ah, Rose… not only do you go from shop-girl to channeling the most awesome blue-pencil in the entire universe (the power source in the TARDIS, allowing you to rewrite history, including placing the clues that got you to that moment of transcendent power), but you survived it. And, in the bargain, you and the Doctor fell in love, and the only thing that kept him from actually telling you was the cruelty of the writers who made the supernova powering the Doctor’s last message to you fail just two—seconds—too—soon… O! The Heartbreak.

Then, a couple of years later, along comes Donna Noble. Donna’s an almost-mature grown-up, not a plucky teenager. Donna’s been in a string of dead-end jobs, and her mom’s not really helpful. It’s not that her advice is exactly bad so much as it’s constantly negative, and it’s constantly constant. That woman just doesn’t stop talking–ever–about how Donna is messing up her life, and not making much of herself, and just doing whatever she’d rather Donna isn’t doing just to snag a man. Of course, it’s true that Donna starts out pretty shallow. And she never really stops thinking of herself as ‘just a temp.’ But she grows–as a fer-instance, aliens stop being ‘it’ and become ‘him’ or ‘her.’ The skills she does have, and the things she does notice, are important ones, and truly helpful to the Doctor. Even more importantly (for the Doctor, but of secondary importance to Donna), is that she seems really to rekindle the Doctor’s empathy.

Look, the Doctor hates killing. This has never really been in doubt. But in the post-Rose episodes, he was perfunctory about the no killing, no genocide rule. He let Rose destroy the Daleks at the end of the Bad Wolf story line. He and Rose sucked the Daleks into the void at the end of that story a year later. He’s constantly giving the bad guys “one chance” and they never take it, and he destroys them. In the blood family (“Father of mine”) story line, he hides himself as a human for years in order to avoid a fight with the bad guys so he doesn’t have to destroy them. Then they find him and he destroys them in mythic fashion. In the first story with Donna, he destroys the bad guys in fire and flood, and is filmed as a vengeful god. But at the end of the time Donna spends with him, he has (it seems) overcome much of the misery from the Last Great Time War (or at least the part that comes from his part in destroying the Daleks that time). We’ll see how he reacts when the Daleks (inevitably!) come back.

But, for as much great character development and growth that Donna gets, and as much good as she does the Doctor, she still gets Ripped Off. Here’s the first part why: her story is, essentially, a rehash of Rose’s. It starts with her accidentally working with the Doctor at Christmastime, and fighting off automaton baddies, then they spend a bunch time running all over the galaxy saving the day, they cope with the fact that her family (parts of it, anyway) don’t like/trust the Doctor while missing several clues along the way that Donna is “Important to the Doctor,” and end up defeating the Daleks by channeling the power of the TARDIS through Donna while the Doctor is sidelined. Now, I don’t want to make too much of this. Part of it is the structure of serial TV–there has to be a high-stakes conclusion to the story line. Part of it is the nature of Doctor Who as a TV show in particular. But part of it is the writers running along a well-worn track with something that works, rather than trying something different. That said, the over-all story line was well-done, and done differently enough from the Rose story to be passable, and done in a way that keeps moving character development things forward. For the Doctor, anyway.

Which leads to the other part why Donna got Ripped Off: she winds up exactly where she started. As a side effect of channeling that energy (not, I know, strictly speaking, TARDIS energy, but, rather, some sort of Time Lord life energy thing that gave her Time Lord thinkiness, and Doctor thinkiness specifically), Donna’s brain was going to explode. Or something equally bad. Now, when Rose channeled all the Timey-wimey energy of the TARDIS as the Bad Wolf, she couldn’t survive that, so says the Doctor, who ought to know. So he absorbed the energy, expelled it back into the TARDIS, saved Rose, and triggered a regeneration. Reasonable, and he and Rose got to run around together for another whole year or so.

Donna, by comparison, is merely suffering from some sort of thinkiness disease. Something the Doctor can take care of with a brief mind meld. But the outcome of the mind meld is, essentially, a weak amnesia. He takes her home, and warns her family to let her never, ever know anything that she’s been through, or her brain will explode–so all that she experienced is still in there somewhere; a weak amnesia. She survives the brush with holding the mind of a Time Lord in her human brain, but at the cost of losing all the personal growth she had as the Doctor’s companion. When the Doctor stops in to say goodbye, she barely notices. This is OK, she’s got amnesia, after all, and he’s nobody special to her. Got to keep that Time Lord mind bottled away or her brain will explode. I’m fine with that. But she barely notices his departure, in part, because she’s on the phone having some inane conversation with one of her office friends about who-cares-what, a petty bit of pub gossip.

It didn’t have to be that way; she could have been more mature, and still not have her brain explode. Maybe she noticed that she wasn’t interested in all that stuff-n-nonsense, or not as much, after all, stuff-n-nonsense can be pretty fun. Rose survived being possessed by an insane amount of quasi-conscious energy. Martha got run through a wringer, survived, actually became a physician, and remembers things that didn’t happen. Donna? Donna grew up, saved the world, averted a universal Dalek apocalypse, and was rewarded with a room in her mom’s flat, a shared phone line, and adolescent priorities. Maybe the writers did that with an eye toward bringing her back for a future story. A lot of characters have come back in the post-2005 era. Even ones for whom it’s supposed to be physically impossible to come back. And maybe there’s a way for Donna to get all that growth back without her brain exploding. I’d like to think so. But right now, what we’ve seen (or what I’ve seen anyway, my wife and I aren’t fully caught up yet), is that the writers let Donna Noble get Ripped Off. 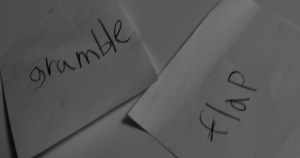