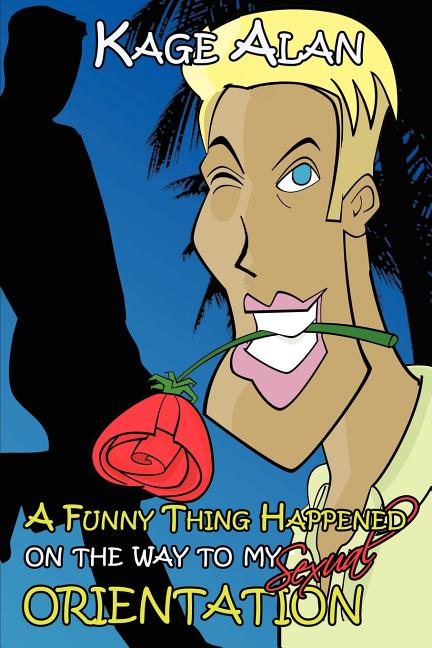 Bottom line. People who wonder about what it’s like when people make the uncomfortable discovery that they’re gay despite expectation and acculturation should read this novel.

So should people who want a good laugh at stupid and obnoxious people, and there are plenty of these people in the book.

We know where this novel is going to end up from the title and the back cover. So as readers we’re not too lost even though the first couple of chapters–basically before we get to California–feel a little vague. They meander, getting Our Hero, Andy, from his college dorm life, back to his parent’s house and the listlessness of summer jobdom for a conventional type of college student in 1989, and on his way to a Life Changing Trip to California There are some amusing set pieces at the beginning, and a highlight of the entire novel is a juvenile but still funny prank Andy plays on a neighbor lady. It would be great to see more of that relationship at work.

Andy’s lack of self-awareness, and his gradual realization that he doesn’t know himself nearly as well as he thinks he does drives the plot. Once we get to California, Andy gets pulled from event to event, sucked along and barely in control of what’s going on, and only able to influence outcomes to the degree that other people are swayed by his smart-assery. Which usually means that Andy’s influence works against his hoped-for outcome. After repeated encounters with a distant relative of uncertain relation, Andy begins to become more assertive about the flow of events, but he remains largely unaware.

His slowly dawning self-realization allows for the character-driven scenes as well as the character developments. This growth in Andy’s self-knowledge carries the reader through some of the rougher patches of prose, which can sometimes be a little heavy on the smart-assery, and can sometimes veer toward after school special territory. If, that is, your after school specials were unambiguous and up-front about dealing with gay people, and watching everyone squirm through uncomfortable social situations made worse by constantly tripping over the gaps in their self-awareness. Which is a pretty good after school special.

(Note: this review originally appeared on my blog Interstellar Gas, in a slightly longer form. I have edited it to tighten it up, and to fix a broken buy link. IG was a science-fiction-focused blog, hence the title of this post. SM-Jan. 5, 2019.)