Here’s a weak opening. Chet Raymo gives readers a personal tour of how he came to claim the mantle of religious naturalism from his foundations as a Roman Catholic. 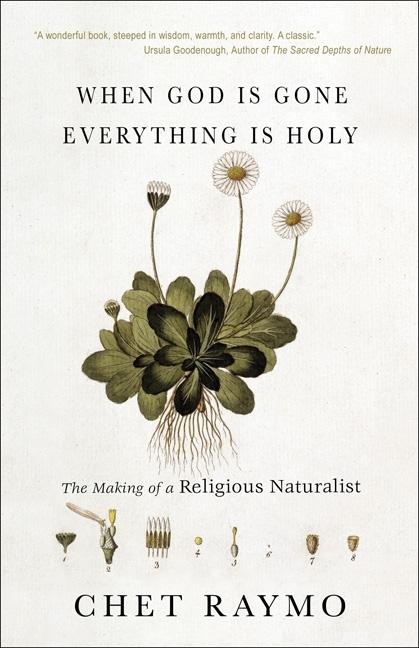 When God is Gone, Everything is Holy, the Making of a Religious Naturalist is part memoir, part history of science, part history of near-science. I won’t get too much into religious naturalism as such. (Start here or here.) Briefly, it’s a … well… wikipedia has a pretty good summary, “an approach to spirituality that is devoid of supernaturalism.” That’s a pretty good way to go with it, at least as far as it goes.

It’s a well-written book, and I came to it through a sermon by Donald Miller at First Parish in Concord. Perhaps I’ll have more to say after reading the other book mentioned in the sermon, Reason and Reverence: Religious Humanism for the 21st Century, by William R. Murry.

For now, I can say it resonated. It’s very personal to Raymo, so there’s not really a lot to say. If you like that sort of thing, you’ll probably like this iteration of it.