And he said things that made people uncomfortable.

I have not listened to the above recordings in, probably, ever. It is possibly full of NSFW words.

Kirk Wilson was a guy I knew in days when it seemed like outrageous was a good way to go about things. In those days, a friend and I created something which we intended to be a good thing for outrageousness to grow alongside, in the protective lee of our plans.

Kirk ran around in that protective lee like a demon. He was short because of some named condition. He had a limp. He had buggy eyes. He had a casual distain for how you felt about his appearance, and used that disregard to his advantage. He wore a hat, and called himself Hatter. He was on my writing staff for a couple of months as an artist before I knew it, and for a couple of more months before I knew his proper name.

He moved to Chicago, and learned that being outrage is a lifestyle choice with consequences. Eventually, like Bartleby, had Bartleby gotten all up in your grill about everything you did, and he did, and that guy on the El did, and the way the wind blew his black canvas trenchcoat around, he died. My life is better because he was in it, and it would be better still if he could still be in it. Here’s some of his art. 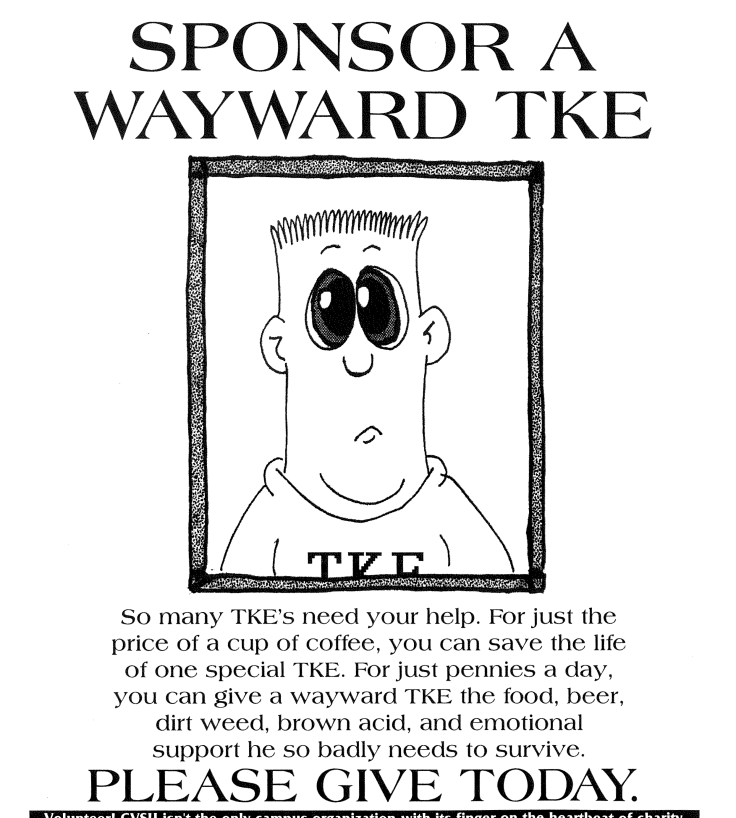