First: Mitch McConnell is a dink. Or, as wisely pointed out to me: “ a product of not age, but poorly formed character.”

As for 2016: there are a lot of ways to slice the data, any one of which could have made the difference. I’d rather blame people who look like me for getting sucked into the false “both parties are the same!” nonsense than young people. Also, as it turns out so-called environmentalists, across all demographics, are worse at turning out to vote than people who don’t self-identify as such!

If you think it goes together, it probably does.

If you think it sounds strange together, someone probably loves it.

This is also how people work. 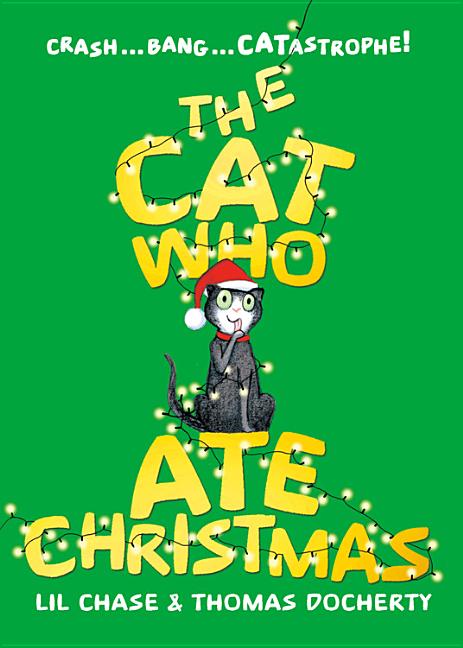 Lil Chase’s The Cat Who Ate Christmas is a fun family Christmas read, or a great holiday gift for a cat-loving avid reader!

Thomas Docherty’s illustrations are magical, and add to the story in ways best experienced in person.

This edition contains additional material like recipes and other great stuff!

States with more permissive gun laws and greater gun ownership had higher rates of mass shootings, and a growing divide appears to be emerging between restrictive and permissive states.

On one of the rile ya up FB posts about Michigan’s governor Whitmer’s proposal to make it easier for people who have some assets still qualify for aid, someone got riled up and, essentially, said how much they would also like to get government money for not working. So I responded.

I dunno, to the degree this is a problem that can be solved by working, then job creators are pretty much the only ones who can solve it. People who aren’t in a position to hire people aren’t well positioned to say ‘get a job,’ since that’s really just armchair quarterbacking. It’s easy to solve a problem you don’t have, especially if you aren’t able to implement the proposed solution. If donations had been an adequate solution, the full community in the form of government would not have had to step in.

A recent report from the Michigan Department of Health and Human Services’ Office of Inspector General says that 4,076 cases resulted in disqualification from the program in the 2018 fiscal year. That’s 0.60 percent of 684,001 total cases. The cases were classified as “intentional violation disqualifications,” and they range from low-level misuse, subject to fines and temporary disqualification, to criminal referrals to local prosecutors. (cite)

The short of this post is: self-governance is good, ad hoc problem-solving has unintended consequences, and we Americans have a habit of supporting people making their own decisions when we feel like we might also make a decision like that. It’s a long post. Watch it.

So, this item recently came across my FB news feed.

A very interesting column. COMPLETELY NEUTRAL.
Be sure to Read the Poem at the end..

Charley Reese’s final column for the Orlando Sentinel… He has been a journalist for 49 years. He is retiring and this is HIS LAST COLUMN.

Be sure to read the Tax List at the end.

STILL THINK THIS IS FUNNY?
Not one of these taxes existed 100 years ago, & our nation was the most prosperous in the world. We had absolutely no national debt, had the largest middle class in the world, and Mom stayed home to raise the kids.

What in the heck happened? Can you spell ‘politicians?’
I hope this goes around THE USA at least 545 times!!! YOU can help it get there!!!

SEND THIS TO EVERYONE YOU KNOW

And I had … thoughts. Which I shared there, but also want to make sure I don’t lose track of… so here they are.

And the idea that politicians are responsible for this list of taxes.

I’m pretty happy workers compensation exists, and the roots of it extend back to the mid-19th Century. Nothing happens all at once. Ideas get brought up, iterated, and if they survive, become increasingly common. People come up with ideas, and politicians eventually use the tools of self-governance to implement them.

100 years ago, in the wake of WWI, we did, indeed have national debt (and we did in 2013, when this post in this form started making the rounds, too, though it was significantly smaller prior to the war).

And if we can, how can we possibly disentangle the way things actually are from the economic structures that today developed with, built up by generations past dealing as best they can with the problems they faced? And that is a workable definition of politics, and the people to implemented those macro-scale solutions are called politicians. I am not arguing that things cannot change going forward, but I for one would not trade today’s economy or my life station for what was going on macroeconomically 100 years ago.

And… because I wan’t clear enough (what’s the sarcasm font for that?)

Partly this is a result of ad hoc problem solving.

Here’s a societal problem–getting everyone fed. There are basically three mechanisms in America for dealing with societal problems. One is the market, which works well if giving money to businesses to implement the solution is workable (say, grocery stores for food distribution). One is private do-gooder organization, which works well if the area the organization is working in has surplus wealth and surplus time to implement a solution to market failures (say, food banks in food deserts because there isn’t enough household wealth to sustain near-by grocery stores, but enough people can access more distant ones to donate to those in need). The last one is government (say, FEMA food and bottled water when a natural disaster hits).

But suppose the societal problem is that the market just can’t afford to run telephone lines (or, in the modern context high-speed internet lines) into rural communities? The market has already failed, do-gooders run into the same large-scale constraints because you can’t donate your surplus telephone wires or fiber optic lines. So government step in to solve that narrow problem: how to pay for telephone infrastucture fairly? An obvious solution is to add a surchage (call it a tax) to the phone service in areas where economies of scale mean a market exists, and siphon a bit of that market activity into rural areas–telephone service is a public good in terms of emergency response, and it’s good for a local economy, and it’s nice to be able to call people and chat.

And so on. Each problem that government takes on because ‘the market’ or the local population cannot solve it on its own through private initiative (this is code for class and race equity) generally comes with its own special funding tag. Call it a tax, or a service fee, or a user fee. And there are a lot of them, there’s not doubt about it. But it’s a big country, with a whole lot of people, and wide, wide disparities in financial resources, time, and natural environments that make this sort of transfer fair. People can live where they want to live, and generally, as Americans we accommodate those sorts of personal choices–so people live where there’s no economical model to run phone service, or in areas prone to flooding, or where industrial disinvestment has sucked the job opportunities away from communities. And rather than saying “suck it up, and just keep moving away from places ‘we’ think it’s inconvenient to live,” we celebrate that sort of attachment to place, and then make ad hoc political decisions to tax certain things to pay for supports for that.

Which I know you already know, but it’s a quiet day where I am… so here’s all the words. 🙄

So. That was long.

Maybe Daredevil. Joker has to aggregate a lot of small resources (a lot a lot–project management might be his superpower), including a lot of small corruptions in order to do his thing. And he seems to like his thing to happen in an urban environment. That sort of network on that sort of scale seems to be DD’s business. And DD is good at it, which would irritate the Joker enough that the other NYC heroes might recede into background noise for him.